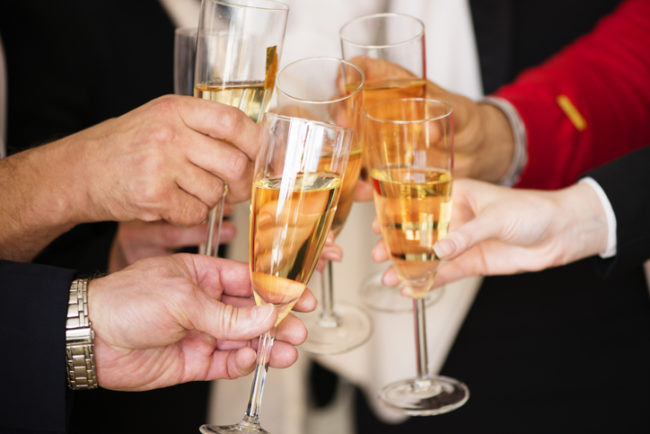 With the holidays quickly approaching, it is important to keep in mind a number of issues that may arise when co-workers gather to celebrate. Many employers host year-end holiday parties to recognize another year gone by and to celebrate the many successes of the company. In the unfortunate event that an employee is injured during the most wonderful time of the year, it is important to remember the guiding principle of workers’ compensation: the employer is responsible for an injury that occurs in the course and scope of the employment.

A holiday tale may help us all understand these important issues.

ABC Paper Company has had another tremendous year of sales. An email recently went out inviting all employees to a holiday party at Poor Richard’s to celebrate the holidays and the continued success of ABC Company. Most employees were simply invited to attend the party; however, CEO, Michael Scarn, told members of the human resources department that they were required to hand out nametags at the beginning of the event. A member of the human resources team, Dwayne Schroute, asked for the day off, but Scarn told him that it was mandatory for him to attend.

On the day of the party, Schroute and other human resources employees are at a reception table handing out nametags. As Jasmine Windsong, the receptionist, takes her nametag from Schroute, they trip over each other’s feet and both fall, sustaining injuries.

As the afternoon rolls on, members of the sales team, Andy Brenner and Samuel L. Chang, have not left the bar for one second. After Billy the Bartender serves Brenner his tenth Moscow Mule, Brenner remembers that he has an expense report due at 8 p.m. this evening! He says goodbye to his co-workers and takes a cab back to the office. When Brenner arrives at the office, the lights are off. He stumbles towards his desk and sees a box of new products on his chair. The job requires him to take these products and distribute them to all members of the sales team. He picks up the box and begins distributing the items. Just then, that tenth Moscow Mule hits him and he stumbles and falls on his way to Samuel L. Chang’s desk, sustaining an injury.

Is Brenner’s liquor-induced injury compensable? Intoxication is a defense to workplace injuries. However, N.J.S.A. 34:15-7 and the subsequent case law have made this defense extremely weak. In order for the intoxication defense to apply, the intoxication must be the sole cause of the injury. Therefore, if other work-related factors contributed to the injury, it will be compensable. Here, because Brenner was distributing sales items (a function of his job) when he drunkenly tripped, the injury will likely be compensable.

Back at the party, there arose such a clatter. Schroute just smashed his glass over the head of fellow employee, Ryan Howell! As he swung, Schroute yelled, “This is for pulling your investment from my beet farm!”

Is Howell’s injury compensable? The key lies in Schroute’s reason for the assault. If the employee assault involves a connection to work, the injury will be compensable as within the course and scope of employment. However, if the assault arose from a personal relationship, unrelated to work, it is not a compensable injury. Schroute owns and operates his own beet farm, unrelated to ABC Paper Company, and convinced Howell to invest in the farm away from company property and off company time. As such, their dispute over the beet investment was unrelated to work at ABC Company and Howell’s injury is not compensable.

What a holiday party! Hopefully the event doesn’t get cancelled next year! As we all know, the holidays are tough, but employee injuries at holiday events are even tougher.

When Does an Injury at Work Actually Arise Out of Employment in New Jersey?

On the Road Again: Compensability on the New Jersey Roadways

The Going and Coming Rule Does Not Always Apply