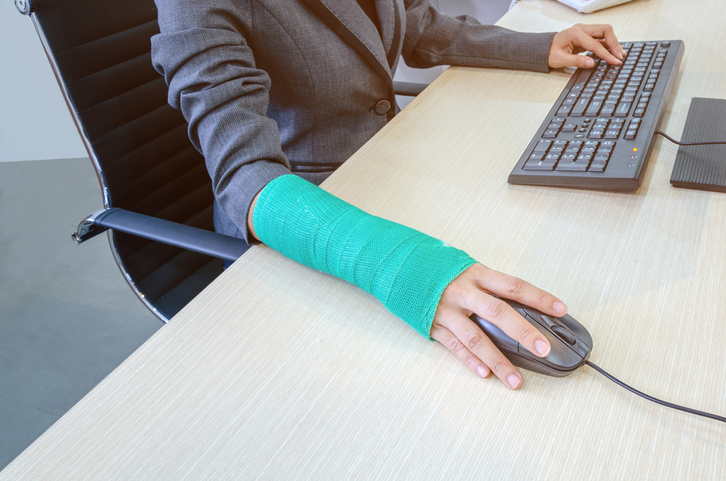 When Does an Injury at Work Actually Arise Out of Employment in New Jersey?

For a work-related injury to arise out of employment, there must be a causal relationship between the employee’s injury and their employment. Simple concept, right? Well, maybe not. Consider the following hypothetical scenarios:

The above scenarios are all unlikely to have risen out of employment within purview of the court. Why? It is because they are the type of events that occur both in and out of work and are considered to be injuries that spring from a personal or neutral risk of the worker. These can also be referred to as idiopathic injuries. The difference between an idiopathic claim and one that does not arise from employment is that in an idiopathic claim, the employer must prove that the work event was created by personal conditions and has no work connection whatsoever. The burden of proof is on the employer. However, the petitioner has the burden of proving a claim arises from the employment. If the petitioner cannot meet that burden, then the case is likely to be dismissed.

Compensable as having arisen out of employment? Again, that is unlikely to be the case. The rationale is that worry over losing one’s job is common to workers in all occupations. Stress caused from personnel decisions that occur at work is an ordinary part of life and not peculiar to any place of employment.

Compensable as having arisen out of employment? Once again, that is unlikely to be the case. Even though the worker was permitted by his employer to enter the building to collect his paycheck before the start of his shift, the worker was not performing any professional duties at the time of his injury. He was only on the premises to complete a personal task. No reasonable person witnessing the aforementioned event would have mistaken the worker for an individual doing anything other than picking up his paycheck, which failed to provide any direct benefit to his employer. Thus, the employer’s permission as to workers entering the office off-hours is wholly irrelevant for the purposes of determining compensability in the above scenario.

For the final hypothetical scenario, you’re going to receive the answers to the quiz beforehand so you can think critically while reading as to why this event would indeed be likely to have arisen out of employment, within the purview of the court.

Why is the above scenario likely to be found compensable, as having arisen out of employment? It is because the worker was acting under the direction of his employer when the accident occurred. Were it not for his employer’s directive to leave and travel home for an early dinner, the worker would have never been involved in the subsequent automobile accident while returning to work.

A reliable rule of thumb for determining if an injury is compensable is this: if the place of employment contributes in any substantial manner to the injury, then it is more likely than not that the claim arises out of employment. In the past, most courts have interpreted “arising out of employment” to require a showing that the injury was caused by an increased risk to which the worker, as distinct from the general public, was subjected by his or her employment.

On the Road Again: Compensability on the New Jersey Roadways

The Going and Coming Rule Does Not Always Apply

Idiopathic Injuries: Dealing with Injuries that Occur at Work, But Are Not Work-Related in New Jersey